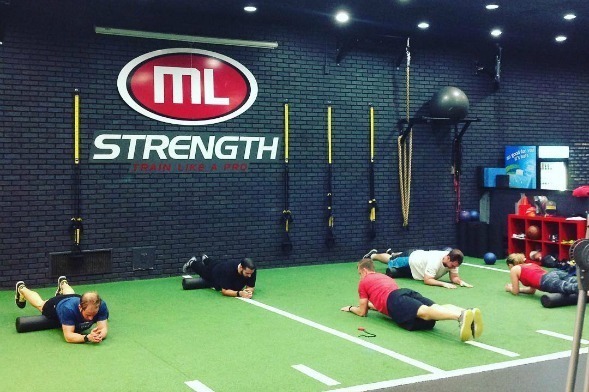 ML = Major League. ML Strength's programs are designed by Dana Cavalea, who is the former director of strength and conditioning for the New York Yankees. Dana  spent 12 years with the New York Yankees Organization, winning a World Series in 2009. During his career, Dana has had the opportunity to train greats such as Alex Rodriguez, Derek Jeter, Mariano Rivera, Andy Pettitte, Roger Clemens, Reggie Jackson, Justin Verlander, and more.
ML Strength was conceived based on finding a better solution to modern day training. Dana believes that current fitness & rehab offerings in this country are not effective. People would go to gyms with no program, gain weight, and blame themselves for failing- when in fact the gym system is broken. People would go to rehab in traditional settings and not leave healed. ML Strength aims to cater to the needs, goals, and preferences of people and provide the optimal model of performance & rehabilitation at the community level.