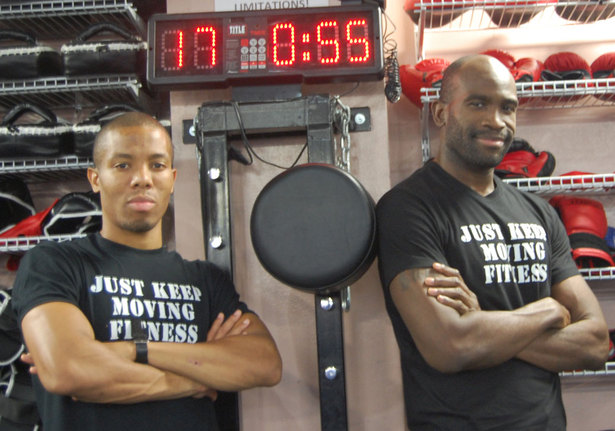 Background: Tauris McBride struggled with weight his entire life, but it wasn't until 2010, when he weighed a staggering 350 pounds that he realized it was time for a change. Not knowing how or where to start, he visited a local martial arts gym and soon was hooked. After a few months, he felt such new found energy that he returned to college after a fifteen year absence. Due to his hectic schedule, he was unable to continue practicing at his favorite martial arts gym, so began taking classes in yoga, dance, Pilates and gymnastics; anything to stay active. Within a single year he lost 150 pounds and had a new lease on life. As much as he felt he had accomplished personally, he believed it would be a hollow victory if he didn't try to help the over one hundred million people who struggle with obesity in America. It is with this hope that he founded Just Keep Moving Fitness to help make a difference in the lives of others. 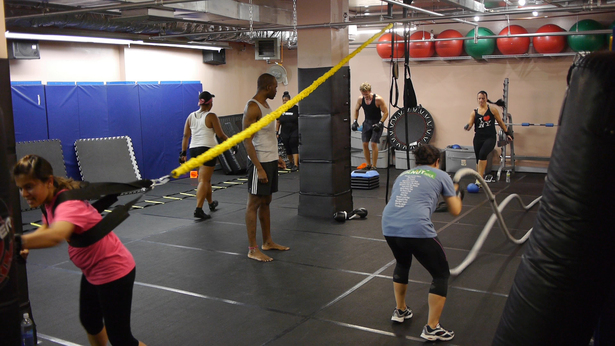 What gave you the idea to open Just Keep Moving Fitness and how do you feel your studio is unique? After I decided to get active I was amazed at how hard it was to find affordable fitness classes.  I began to realize that most facilities have to charge a premium because they cater to a very small audience.  I realized that a facility that offers a variety of activities suits a far larger audience and would not need to be very expensive.  Because we focus on being active rather than any particular activity, the name Just Keep Moving Fitness made the most sense.

The studio was formerly called New Start Martial Arts.  Why the name change and have you moved away from martial arts? I love martial arts.  In fact I try to bring a martial arts spirit to all of the classes I teach, including yoga.  It was during martial arts classes that I felt a sense of teamwork and camaraderie that I never felt before.  At the same time, I realize that not everyone is partial to martial arts.  I feel like it is my job is to give people the ability to be active, not to decide what activities they participate in.  We have lots of martial arts at JKM, but we’re about so much more than that.

For someone who has never tried JFM Fitness, what should they expect in their first class? Any advice for newbies? Our classes are tough, but they are open to all levels.  I would tell people to expect to be pushed to their limits, no matter what their fitness level is.  I would tell newbies that they should only do what they’re comfortable doing.  Feel free to take a break if you need to.  We’re here to make people feel good about themselves; not to demean them for what they can’t do.

You say that you’re trying to change the way things are done in this industry so that more people are served.  What are you doing to try to change that and what’s your vision for JKM? I get so many calls from clients asking how they need to dress to take a class or if they need gloves, mats, or sneakers.  I constantly have to tell people the only thing they need to bring is themselves.  As much as I would like everyone to show up before a class, I would rather they get five minutes of activity that day than none.  Unfortunately all of these rules that we have been taught have become excuses that many people use to not be active.  At JKM, we want to eliminate all possible excuses that people could possibly have.

Any update on your plans to open a second location? If everything goes according to plan our new place hopefully will be open by the beginning of the New Year. 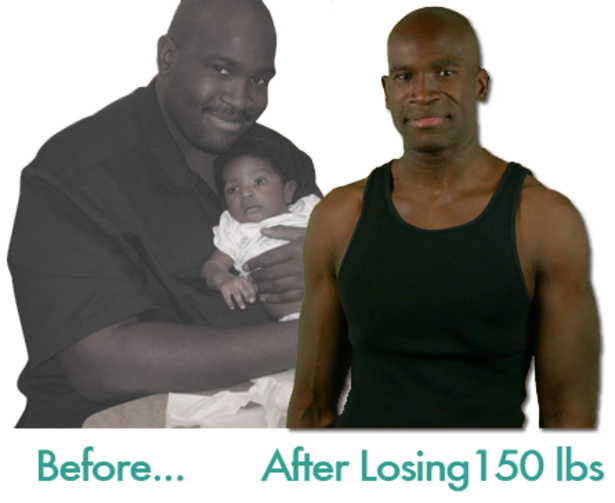 What did you struggle most with on your weight loss journey and what was the key to your success? Any advice for others who are trying to lose weight? I struggled my entire life with my weight.  It was when I discovered a passion for activity that I stopped being fixated on my weight, and was able to see progress.  Measuring your self-worth with a scale or a mirror is a recipe for failure.  A person with low self-esteem will have low self-esteem, no matter what they weigh.  Activity taught me that I was in control of my life and gave me self-confidence.  I stayed active not to lose weight, but because it made me feel good and feel good about myself; losing weight was merely a side effect.  The name of my company is the advice that I give to everyone, no matter what they’re trying to accomplish.

You have done a broad variety of workouts, including martial arts, yoga, pilates, dance and gymnastic.  Do you have a favorite class or workout routine? My favorite class is “Core Aerobics”.  We do dozens of exercises on a stability ball.  People are usually surprised at how intense it is.

The one workout move everyone should master? Crunches.  You can do crunches sitting down at work.

Your personal teaching style? I did a boxing class once, where the instructor acted like he could care less.  I teach the way I want to be taught.

Most memorable teaching moment? I often tell the story about how it took me a month of martial arts classes before I could do a single push up.  Once I did that push up I felt like I could do anything.  If I had taken an easier class I never would have been pushed to my limit, much less exceeded it.  That is why I believe that the key to progress is embracing challenges.

If you could give GoRecess users one piece of advice what would it be? Get active and stay active.  In other words “Just Keep Moving”. 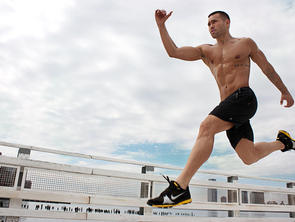 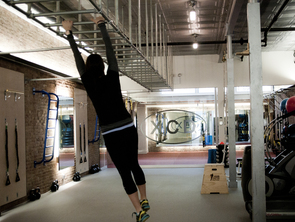