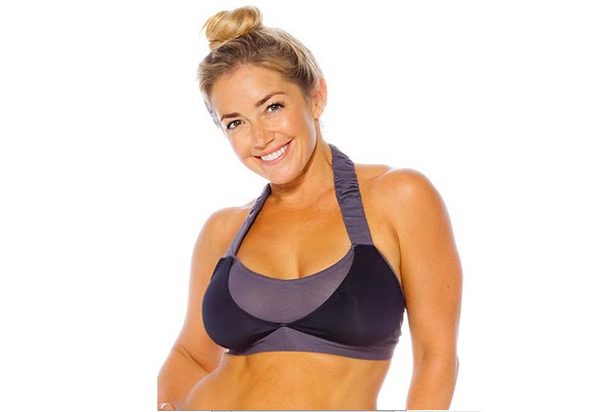 Background: A former USC cheerleader, dancer, and Pilates instructor, Lauren was looking for a fun, creative, effective workout that she just couldn’t find in the traditional fitness arena. Combining the best of her background, she created her own proprietary Cardio-Cheer-Sculpting® technique and took her passion for fitness to new heights with her workout phenomenon, the Lithe Method.  Now with four studios in Philadelphia with a fifth location coming soon to NYC, Lauren also is the creator and founder of Lithe Inc., Lithe Wear, Lithe Escape®, Lithe’s revolutionary Higher Power Band System®, and Lithe Foods, a line of lean, local, seasonal, and (mostly) vegan a-la-carte items and meal plans.  Widely respected as an industry expert, Lauren has appeared in VOGUE, BusinessWeek, Lucky, and more. 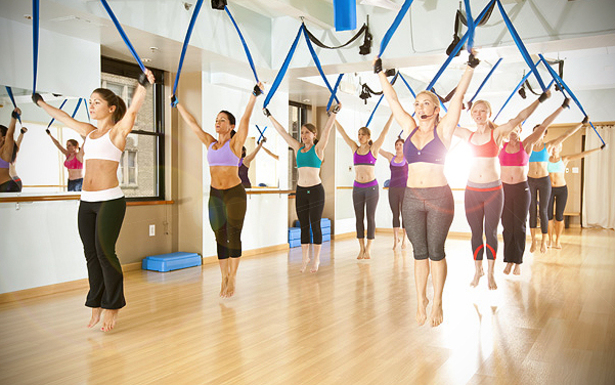 What is the Lithe Method and Cardio-Cheer-Sculpting (CCS)? Lithe Method is Cardio-Cheer-Sculpting® (CCS).  CCS is my proprietary blend of muscle-shaking cardiovascular, cheerleading-inspired aerobic and strength training exercises.  CCS is used along with Lithe’s signature Higher Power Band System®, innovative props and specialty equipment to fill the gaps left behind by traditional workouts.  It burns fat and sculpts muscle in record time to help women achieve the coveted “Lithe" look.

CCS is inspired by cheerleading moves like sharp arm positions kicks, balances, stunts, and cheer-dance routines that I performed in my competitive cheer days.  Some workouts even include actual cheers where clients shout out motivating phrases that emulate cheers!

What inspired you to create Lithe Method? As a former USC Cheerleader, dancer and Pilates instructor, I was looking for a fun, creative and effective workout that I just couldn’t find in the traditional fitness arena.  So, I decided to combine the best of my cheerleading, dance, and Pilates background to create my own workout, and that has evolved into this Cardio-Cheer-Sculpting technique. 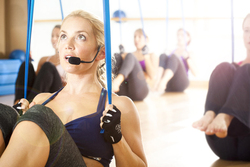 What makes it unique and such an effective workout?  How many calories can you burn in a class? CCS utilizes precise cheerleading-based movements to load muscles, produce a high cardio burn, and reduce fat zones.  It targets all three zones of the body -- the core, the lower body, and the upper body -- so that you achieve a complete total body workout in just one hour.  Most people burn anywhere from 500-1000 calories per class, depending on the class.  With over 40 classes in rotation, constant innovation, and the addition of new routines, moves, and props, clients never get bored and they never plateau.

What advice do you have for first-timers? Start slow; be inspired by knowing that you’re doing something so difficult yet so good for your body.  Strive for perfection but don’t expect miracles until your 6-month mark (unless you change your diet!).  And, be patient and accepting of yourself.

The one cheer move everyone should master? The Cheer Prep!  Many of our Lithe workouts begin with this signature move.  Whether we have our arms long and low, moving up and down or in a high V or low V, Cheer Preps (aka Calf Pumps) are great way to activate the core, and get the heart rate up, up, up with its inherent quickness!  If you can’t come to a Lithe Studio to workout with our Higher Power Band System, you can use wrist weights, or 3-8 lb weights at home. 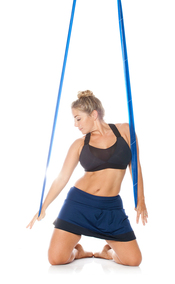 You have so many different types of classes - from "Hot Legs" to "Skinny Mini" to "Sweet Cheeks".  How do you choose which class is right for you? All of our 40+ Lithe classes are total body, cardiovascular and sculpting, but each one also focuses on a particular area of the body.  Some workouts produce a higher cardio burn, and some are more sculpting, so you can pick your poison for whatever you want to focus on or fix.

I design our class schedules strategically to allow clients to hit every body part and emphasis during their week.  If you come to Lithe at the same time each day, you will always find a different class so that you never get bored and never plateau.

Which class is most popular? Everyone has their own favorites, but our newest classes tend to be the most popular, and right now that's “Rock Steady.”

You have a lot of "Love Letters" on your site.  Any particularly inspirational stories to share from Lithe devotees? Ah, the love letters.   I love that Lithe affects people the way that it does.  I like to call it the “Lithe effect.”  It makes my job so worthwhile.  I can’t pick just one story, as they are all special to me.  I feel so lucky to not only be able to transform lives but also give women a workout that they love (and have fun doing) that turns into this awesome lifestyle.  I love hearing about the pounds and inches lost, but I have to say that the best is when I hear that these women feel more comfortable in their own skin as a result of this.  You can’t put a price on that type of freedom.  It’s something that I think we all struggle with.  Read some of the inspiring success stories here.

What's hot on Lithe's playlist right now? Personally, I’m big into Reggae Dancehall and sounds that you don’t hear on the radio (I try not to play too much Top 40 in the studios so that Lithers can really focus on the feel, beats and muscle memory).  Right now, I’m loving this older, Lithe Tech House mix - it’s something that you can cheer to (and max out that heart rate!)

Tell us about Lithe Foods.  Our philosophy is simple: we believe in good food--food that will nourish, fuel, and delight and that includes knowing and appreciating where our ingredients come from.  We at Lithe Foods insist on unprocessed, organic (whenever possible), locally-sourced (ditto), chemical-free, vitamin-rich, nutrient-intense, flavorful food.

What I love most about our Detox Plan is that you can have your cake and eat it too,  meaning it allows “necessities” like caffeine  and chocolate (such as our Lithe Brownie and Thinny Mint Shake).  Our plan really makes healthy eating simple, attainable, and, most importantly, maintainable.  Our Detox Plan and A La Carte system available in our Lithe Method studios help our Lithers realign their eating habits by steering them toward healthy choices - liquid and solid.  These meals and snacks are a great approximation of how we should be eating most of the time.

When you're not busy with Lithe, you can be found... Spending time with my 20-month-old son, Mars, my husband Jordan, my friends, traveling (I love to sail), cooking.  As much as I try to separate myself from Lithe, it’s impossible…it’s in me.  Right now I’m on vacation and what am I doing? Choreographing new cheer sequences and blogging!

With four studios in the Philadelphia area, what made you expand to NYC? Any future expansion plans for Lithe Method? I love NYC and I know that Lithe is a perfect fit for NYC women.  Yes, LA, Dallas and Miami are on our radar, too.  I also want to take Lithe overseas, to markets like Paris, London, and Tokyo.

If you could give GoRecess users one piece of fitness advice, what would it be? We believe that sweat is its own reward. 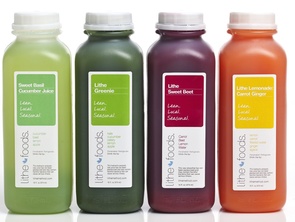 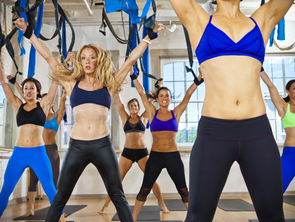 Spotlight on the Lithe World Tour