Diary of a Fitness Explorer: 10 Lessons Learned From My First Tough Mudder 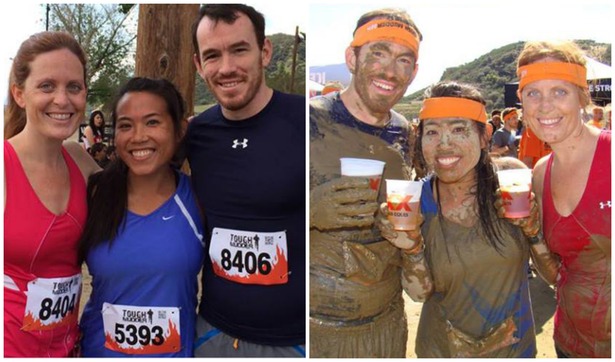 It started with a coupon, and ended with an electric shock that knocked me down into a pile of mud. Typical Sunday, right? It was for Southern California's Tough Mudder on a Sunday in late March in San Bernadino, CA.

A few months prior, I saw a sale advertised on the upcoming Tough Mudder. The long (10-12 mile) obstacle-filled mud run had been on my fitness bucket list, and now seemed as good a time as any to check it off. When one of my go-to workout studios, Sweat Garage, posted that they were starting a team for the event, the deal was sealed. I recruited a couple more fitness explorer pals to join, and we were ready to go.

Well, almost ready. Over the 10 weeks between purchasing the entrance and crossing the finish line, we fit in a good amount of training, gear prep and mental conditioning. As with any good fitness endeavor, muscles were toned and lessons were learned. Beyond a whole lot of mud, here is what I took away from my first Tough Mudder:

This cannot be emphasized enough: join a team or start one of your own. "Teamwork makes the dream work," is a mantra volunteers along the course would shout often, and it could not have been more true. Throughout the race, this teamwork meant anything from collaborative morale boosting to making a shoulders-to-feet chain of teammates to get over an obstacle known as the Human Pyramid. No man is an island, and certainly no man is a pyramid.

Don't just roll out of bed with a positive attitude and expect to finish this race (or finish this race without any injuries). Fold in plenty of cardio training into your workout regimen, and find classes that incorporate the training exercises recommended by event organizers. Boot camps and CrossFit classes are both excellent options to get your body Mudder-ready.

Leading up to the race, the course is shrouded in mystery. Little by little, the course distance and elevations are revealed, and finally, the day before, most of the course obstacles. Some are left as surprises until you reach them. Get your body in shape for what you know, and get your mind in shape to embrace the unexpected.

4. Don't Wear Anything You Intend To Wear Again

Based on a former Mudder's warning, I bought long pants to wear for the race. On race morning, however, a warm forecast and the fear of swimming through water in long pants caused a game-time decision to wear shorts. Big mistake. After three and a half hours filled with crawling through gravely surfaces on hands, knees and elbows - not to mention a few spills on steep downhills - my exposed skin was a bit destroyed. Protect yourself with long pants and sleeves, and even consider gloves, knee pads and elbow pads for an extra cushion.

Toward the beginning of our race, we jumped in a shipping container filled to the top with (muddy) water and ice that was so eloquently titled the "Arctic Enema." This frigid leap was followed by many, many more water and mud pits. There is no place for cotton in Mudder Nation.

Physically and mentally, a 10+ mile race filled with steep hills, obstacles that don't exist on a typical evening jog and pits of mud is strenuous. The hills are going to be steep. Run them. The obstacles are going to scar. Conquer them. The mud is going to cover your body. Suck it up.

You signed up for this race for a reason, and it wasn't to take every obstacle bypass option, or to give up when there were more hills than anticipated.

I learned this one, unfortunately, the hard way. There's a fair amount of pressure to push yourself to the limit in a Tough Mudder or similar runs. As there should be: this isn't a leisure retreat. However, know when actual physical limitations pose a real risk for injury. In my case, it was a shoulder that never quite healed after a decade-old surgery, causing it to pop out when pushed too hard. Hanging from an obstacle called "Everest" and allowing others to pull me over with said arm was an example of “pushing it too hard,” and resulted in a temporary dislocation.

The option to bypass obstacles exists for a reason. Be smart.

Dirty does not aptly describe the condition of your body and clothing after wading through mud for a good part of an afternoon. Filthy gets close, but a new word is really needed. Let's go with "Mudder-y" for now. In any case, the communal showers (read: hoses) will only do so much to de-dirt you for the drive home, so come prepared to not destroy the car. Bring a few garbage bags - one for post-race clothes and two to cover car seats - along with a towel, change of clothes and slip-on shoes. Bandaids and anti-bacterial ointment will also come in handy for fellow klutzes.

There are very few things as delicious as finish line beer. For me, an In 'N Out Burger with extra pickles was one of those things. Plan to treat yourself to something a bit decadent after spending well over three hours on an intense workout. The promise of something Double Double-esque might just be the extra push needed to get through that last mile.

Ready for your first mud run? Check out the Tough Mudder, Spartan Race, Mudderella or Warrior Dash websites to find one in your area! 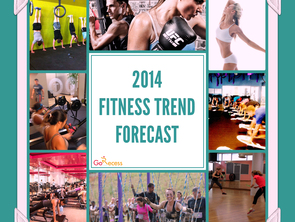 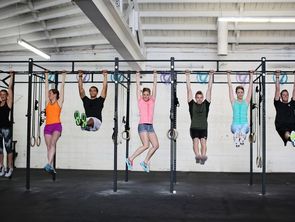